In 1983, the Arkansas Supreme Court found the state’s school funding system unconstitutional under the equal protection clause of the state constitution, in Dupree v. Alma School District No. 30. The court found no legitimate state purpose and no rational relationship to educational needs in the state’s method of financing public schools. This equity ruling rejected “local control” as a possible justification for the disparities of funding and educational opportunities in the state’s school districts.

After the 1983 court decision, the state revised its funding statutes, but plaintiffs challenged the revised system. In 2001, an Arkansas trial court declared the state’s education funding system unconstitutional:

“The school funding system now in place . . . is inequitable and inadequate under . . . the Arkansas constitution.” The court wrote, “Too many of our children are leaving school for a life of deprivation, burdening our culture with the corrosive effects of citizens who lack the education to contribute.” Moreover, the court determined that a constitutional finance system must be based on the amount of money needed to provide an adequate educational system and that “an adequacy [cost] study is necessary and must be conducted forthwith.” Lake View School District, No. 25 v. Huckabee, No. 1992-5318 (Pulaski County Chancery Court May 25, 2001).

The Lake View court based its definition of the “general, suitable and efficient system of free public schools” required by the Arkansas constitution Kentucky’s Rose decision and adopted the Rose factors as the requirements for an adequate education. The court also relied on Arkansas’s standards for student achievement and accountability to charge the state with providing adequate funding to allow the system’s students to achieve the expected outcomes.

The governor appealed, and the Arkansas Supreme Court affirmed the lower court’s findings, giving the state until January 1, 2004 to perform a cost study and establish a constitutional funding system. When the state missed the January 2004 deadline, plaintiffs brought a compliance motion, which led to the appointment of special masters by the court and swift action by the legislature, then in special session. The two special masters reported to the state supreme court, and the court terminated its jurisdiction in June 2004.

After the 2005 legislative session, plaintiffs asked the court to [recall the mandate] in Lake View. The court did so and reappointed the special masters who issued a report in October, concluding that “the 2005 legislation…for school year 2005-06 is difficult to defend.” The supreme court ruled in late 2005 that the legislature had failed to comply with its own school funding statues and had under funded education. A special session, held in April 2006, increased funding before the court’s December 2006 deadline.

After the 2007 legislative session, the special masters reported that the legislature had complied with the court rulings, had established a constitutionally acceptable school finance system (including state support for facilities), and had processes in place to continue to provide adequate resources for schools in the future. The Arkansas Supreme Court adopted the report and closed the case.

Arkansas’ Act 57, enacted in 2007 in the wake of the Arkansas Supreme Court’s adequacy ruling in Lake View School District, No. 25 v. Huckabee,  requires the State to undertake a series of actions each year to evaluate “whether a substantially equal opportunity for an adequate education is being afforded to Arkansas students.”  In 2010, the Deer/ Mt. Judea school district, a small rural district, filed a law suit alleging that the state had not complied with Act 57 since 2007. They claim that the State knows that small remote schools are underfunded, but rather than providing them the additional funding they need, the State has aggressively sought to close them without considering whether their students will be denied a substantially equal opportunity for an adequate education due to excessive transportation time. Plaintiffs also claim that since the Arkansas Supreme Court issued its Lake View mandate, the State has funded education ” based upon what funds were available – not by what was needed,” as required by Act 57.

After some procedural skirmishes that delayed the appeal, the Arkansas Supreme Court ruled in October 2013 that the Article 57 claims relate to the state’s on-going obligation to ensure that students receive a substantially equal educational opportunity and that, therefore, these claims are not barred by res judicata, although certain other claims the plaintiffs had made were barred. The Court noted  that “constitutional compliance in the field of education is an ongoing task requiring constant study, review and adjustment.”

In April, 2011 the Circuit Court issued a decision dismissing the case on the grounds of “res judicata.” It held that the plaintiff school district was a member of the class covered by the Lake View litigation and that litigation disposed of all of the issues plaintiff now raises. The school district has appealed to the Arkansas Supreme Court, see DMJ Opening Brief rev 2011-08-12, arguing that since its complaint speaks only of state actions and inactions that have occurred since the Lake View decision was issued, that ruling should not preclude proceeding with the present action.

On March 1, 2012, the Arkansas Supreme Court dismissed the appeal without prejudice, ruling that it did not have jurisdiction because of the lack of a final order.  The plaintiffs are taking efforts in the trial court to get a final order and renew the appeal.

The Lake View ruling also prompted the state to establish a basic foundation funding level sufficient to provide all students an adequate education. All school districts must also levy a 25-mill property tax, and if the tax does not raise sufficient funds to meet the per-pupil foundation level, the state is obligated to make up the difference.

In 2011, Eureka Springs and Fountain Lake, two relatively affluent districts in which the mandatory 25-mill tax rate raised more than the per-pupil foundation amount, sued the Commissioner of the Arkansas Department of Education (DOE) for re-distributing the excess funds they had raised — $825,000 and $1.4 million, respectively. On January 20, 2012, a County Circuit court judge sided with the school districts, concluding that the state cannot withhold property tax money from local districts.

On November 29, 2012, the Arkansas Supreme Court justices affirmed the lower court’s decision by a 4-3 majority, describing the property tax as a “one-of-a-kind tax” which, even though it was collected by the state, technically was a local tax that did not constitute state revenue. McCleskey v. Kimbrell. Writing in dissent, Chief Justice Jim Hannah asserted that the majority ruling “obliterated” the state’s “carefully crafted constitutional system of state-funded public education.”

Rural School and Community Trust, “Small Works in Arkansas: How Poverty and the Size of Schools and School Districts Affect School Performance in Arkansas” (March 2002) 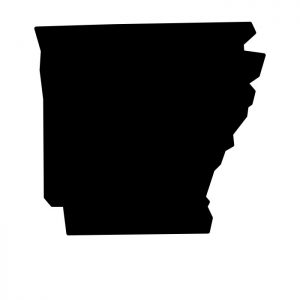 Arkansas’ Act 57, enacted in 2007 in the wake of the Arkansas Supreme Court’s adequacy ruling in Lake View School ...
Read More

On November 29, 2012, the Arkansas Supreme Court held that school districts can keep money they raise in excess of ...
Read More

Arkansas’ Act 57, enacted in 2007 in the wake of the Arkansas Supreme Court’s adequacy ruling in Lake View School ...
Read More