From 1973-2017, Delaware was one of the few states around the country in which no equity or adequacy litigations had been filed in the state courts.

Initiating the first educational adequacy litigation in Delaware’s history, the American Civil Liberties Union (ACLU) of Delaware and the Community Legal Aid Society filed a lawsuit against state officials in January 2018 for their failure to fairly and adequately fund education across schools in the state (Delawareans for Educational Opportunity v. Carney). The suit argues that the Delaware Constitution’s requirement of a “general and efficient system of free public schools” guarantees all children a meaningful opportunity to obtain an adequate education and a substantially equal educational opportunity.

The suit was brought on behalf of two organizations: Delawareans for Educational Opportunity and the NAACP Delaware State Conference of Branches. The City of Wilmington later joined as a plaintiff, suing New Castle County. Prior to the filing of this lawsuit, Delaware was one of only four states across the nation where no educational adequacy litigation had been attempted. Now, it is only in Hawaii and Utah where no constitutional claims regarding inequities or inadequacies in education funding have ever been lodged.( A suit was also recently filed in Nevada.)

Delaware Chancery Court Judge Travis Lester decided that the property tax and adequacy issues should be considered separately. In October 2018, he denied the state’s motion to dismiss plaintiffs’ claims that a failure by county officials to raise market values of properties that are used to levy taxes for school aid purposes violated the Delaware Constitution. A trial on these property tax issues was held early in 2020 and Judge Lester issued a lengthy decision in May 2020, holding that the assessment methodologies used by all three counties involved in the case do not assess property based on true market values and that these methods violate the state’s true value statute and the Uniformity Clause of the state constitution.

The judge did not issue an immediate remedy. Taking note of the impact of the Coronavirus pandemic, he stated that:

Accordingly, he directed the parties to submit within 45 days a proposed scheduling order for what may be a lengthy remedial process.

In a scathing 133-page decision that excoriated the legal positions taken by the state defendants, Delaware Chancery Vice Chancellor J. Travis Laster denied the state’s motion to dismiss the substantive educational adequacy aspects of the complaint in late November 2018 in Delawareans for Educational Opportunity v. Carney. At the outset of his decision, Judge Laster emphasized that according to the complaint, on the state’s own proficiency exams, in 2016-2017 only 25% of low income students, 7% of students with disabilities, and 5% of English language learners achieved proficiency in eighth grade math, and that similar results occurred in other subjects and at other grade levels. Unlike thirty-five other states, he wrote, Delaware provides no additional financial support for educating low-income students and unlike 46 other states, Delaware provides virtually no additional financial support for educating students who are learning English as a second language.

The Court also analyzed equity and adequacy decisions in other states and found that 31 state courts had held that there is qualitative dimension to the state constitution’s education clause and that all 13 states that had language similar to Delaware’s had also found such a qualitative dimension. Judge Laster also made the interesting observation that although the U.S. Supreme Court has not held that Brown v. Board of Education prohibits de facto school segregation, in the context of a state education adequacy case, Brown does imply that a racially segregated school cannot be adequate and effective.

Avoiding a trial that was scheduled to take place early next year, the parties to the Delaware adequacy litigation reached agreement on a settlement on October 12, 2020. The settlement requires the governor to propose a series of budget increases for specific programs each year between 2022 and 2025, as well as other reform legislation. If the General Assembly does not appropriate the specified amounts and enact the proposed legislation, plaintiffs may petition the Court to reinstate the case and resume the trial.

Among the reforms listed in the agreement are: 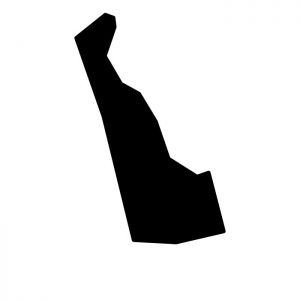 Avoiding a trial that was scheduled to take place early next year, the parties to the Delaware adequacy litigation reached ...
Read More

A judge has denied a request by local governments to dismiss a lawsuit alleging that Delaware officials are failing to ...
Read More

Lawsuit: Delaware Schools Are Leaving Children in Poverty Behind