In 1995, plaintiffs filed an “adequacy” case, Coalition for Adequacy and Fairness in School Funding v. Chiles, to challenge the state’s system of funding its public schools. In its 1996 decision affirming the lower court’s dismissal of the case, the Florida Supreme Court was deeply concerned about the separation of powers doctrine and found that plaintiffs had “failed to demonstrate . . . an appropriate standard for determining ‘adequacy’ that would not present a substantial risk of judicial intrusion into the powers and responsibilities of the legislature.”

After losing the Coalition for Adequacy case, education advocates in Florida turned to the state’s initiative and referendum process. Voters approved an amendment to the state constitution in the November 1998 election and dramatically strengthened the education clause. The new language makes Florida’s education clause one of the most strongly worded in the nation:

The education of children is a fundamental value of the people of the State of Florida. It is, therefore, a paramount duty of the state to make adequate provision for the education of all children residing within its borders. Adequate provision shall be made by law for a uniform, efficient, safe, secure, and high quality system of free public schools that allows students to obtain a high quality education…

In November 2009, public school students, parents and citizen organizations filed a complaint alleging that the state has failed to provide an adequate education in accordance with the enhanced requirements of the 1998 constitutional amendment. In Citizens for Strong Schools, Inc. v. Florida State Board of Education, plaintiffs state that the new constitutional amendment is the only one in the United States that mandates all of the following: a high-quality education, specific characteristics of the educational system; and the elevation of education above other governmental functions. They allege that the state has failed to meet each of these mandates.

The defendants brought on a motion to dismiss the complaint, alleging that the case raised political questions that were not justiciable, and relying mainly on language from the Florida Supreme Court’s Coalition for Adequacy & Fairness in School Funding decision. In August 2010 the trial court denied the motion to dismiss, stating that the defendants’ position “renders the citizens’ vote to create a new education article as meaningless and this provision as a nullity.” The court also held that plaintiffs and plaintiff organizations have standing and that Coalition decision should not be the measure by which to judge the current case because of the adoption of the new constitutional amendment since that decision was decided.

After numerous further procedural motions were finally resolved, trial was held in March 2016, and the judge issued his ruling in May 2016. Finding that the plaintiffs did not prove “beyond a reasonable doubt,” that Florida’s education finance system is not “rationally related” to a system that allows students to obtain a high-quality education, Judge George S. Reynolds held that the system does not violate Art. IX of the state constitution(Citizens for Strong Schools v. State of Florida).

Judge Reynolds held that most of the terms in the new constitutional language like “efficient” and “high quality” did not provide judicially manageable standards. In doing so, he ruled that these terms were “non-justiciable” “political questions” that should be determined by the legislative and executive branches and not by the courts. This stance rejected the prior conclusion of another Circuit Court judge who had ruled earlier in in the case that these issues are justiciable. Judge Reynolds did hold that the terms “safe” and “secure” provided judicially manageable standards, but he also concluded that the proof offered by the plaintiffs failed to establish that Florida’s school facilities were not structurally safe or that there was inadequate funding for building maintenance.

In concluding that the  state’s current state system for funding public education does allow for a high-quality education, the court issued an extensive 176 page set of findings of fact that, among other things, found that the scores of the state’s students on the National Assessment of Educational Progress (NAEP) had increased substantially over the years, that achievement gaps have narrowed, that minority and low-income students perform well compared to their peers in other states and that the state’s accountability and assessment system is rated among the best in the nation.

Arguing that Florida’s 4th grade NAEP scores are inflated by its system of retaining low scoring 3rd graders, that there are numerous flaws in the state’s assessment and accountability system and that over-all Judge Reynolds’ ruling ignores the overwhelming weight of the evidence that “more than a million children fail to pass required statewide assessments, thousands attend persistently low-performing schools, and the quality of their education is dependent on their race, ethnicity, geography or socioeconomic status,” The plaintiffs appealed the order to Florida’s First District Court of Appeals.

In December 2017, a three-judge panel of Florida’s First District Court of Appeals affirmed the trial court’s decision to dismiss the complaint (Citizens for Strong Schools v. State). The essence of the Court’s decision was that:

the State’s duty to make adequate provision for an efficient and high quality education raise[s] political questions not subject to judicial review, because the relevant constitutional text does not contain judicially discoverable standards by which a court can decide whether the State has complied with organic law.  Furthermore, the strict separation of powers embedded in Florida’s organic law requires judicial deference to the legislative and executive branches to adopt and execute educational policies those branches deem necessary and appropriate to enable students to obtain a “high quality” education, as directed by the Florida Constitution.

The appeals court agreed with the trial judge that “the terms ‘efficient’ and ‘high quality’ in the state constitution’s education clause are no more susceptible to judicial interpretation than ‘adequate’ was under the prior version of the education provision, and to define these terms would require ‘an initial policy determination of a kind clearly for nonjudicial discretion.’”

In a close 4-3 decision in which the deciding judge joined in the result but not the opinion of his colleagues, the Florida Supreme affirmed the decision of the Court of Appeals in January, 2019., Citizens for Strong Schools, Inc v. Florida State Board of Education.

The plurality ruled that the terms “paramount duty” and “high quality”do not provide “any manageable” standard for the court to use in assessing the adequacy of the amount of funding that the schools receive. The Court rejected plaintiffs’ position that the state’s educational standards provide such a standard, because

Justice Barbara Pariente, writing for and two other dissenting justices, set forth a definition of “high quality” that she asserted would provide judicially manageable standards for the purposes of this case. She wrote that “high quality” means: “…an education system that allows all students an equal opportunity to learn the core content knowledge set by the State and become knowledgeable and engaged adults.” 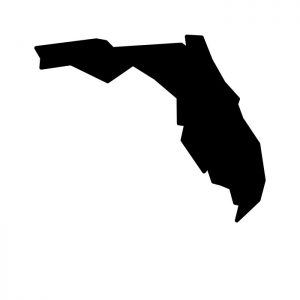 In a close 4-3 decision in which the deciding judge joined in the result but not the opinion of his ...
Read More

If Florida school districts are to provide proper education in a secure environment, lawmakers need to well fund needed resources to ...
Read More

More Florida Counties Are Voting to Raise Local Taxes for Schools. Is It a Message to Lawmakers?

Studies, including the latest release of the KIDS COUNT Data Book by The Annie E. Casey Foundation, show students of color are ...
Read More