Despite the Illinois Constitution’s strongly worded education clause, the Illinois Supreme Court has twice rejected plaintiffs’ challenges to the state’s education finance system, based on the separation of powers principal. While rejecting “equity” claims and a quality-of-education claim in Committee for Educational Rights v. Edgar, 672 N.E.2d 1178 (1996), the court held that “the process of [school funding] reform must be undertaken in a legislative forum rather than in the courts.” In Lewis E. v. Spagnolo, 710 N.E.2d 798(1999), the court rejected plaintiffs’ attempt to distinguish its 1996 decision from their “adequacy” claims and characterized the case as “once again” asking the court to “enter the arena of Illinois public school policy.”

On August 20, 2008, plaintiffs in Chicago Urban League v. State of Illinois filed a complaint that asks the court to declare the state’s current school funding scheme unconstitutional. Plaintiffs claimed that the education finance system was in violation of the education provision of the state constitution which guarantees all students “a high quality education” and that it also discriminates against families based on race in violation of the Illinois Civil Rights Act of 2003.

On April 15, 2009, the Circuit Court of Cook County held that plaintiffs’ claim that the state education finance system has the effect of providing substantially lower dollar amounts per student in “majority-minority” school districts states a valid cause of action under the Illinois Civil Rights Act and that the case may therefore proceed to trial. Since the U.S. Supreme Court’s 2001 ruling in Alexander v. Sandoval, 532 U.S. 275, individuals can not file discriminatory impact claims under Title VI of the 1964 Civil Rights Act in federal court, but a private right of action is available under the Illinois Civil Rights Act, the provisions of which are similar to Title VI. Discovery and pre-trial motions proceeded for several years. In this process, the court narrowed the scope of the triable issues to include only actions taken by state board of education which may have a discriminatory impact; the impact of the basic state funding system enacted by the legislature is apparently beyond the scope of the issues that the court will consider.

The Court dismissed the plaintiffs’ education adequacy claims because of the binding precedent of Committee for Educational Rights v. Edgar, 672 N.E.2d 1178 (1996), in which the Illinois Supreme Court held that adequacy claims are not justiciable.

In February, 2017, the case was settled. Under the settlement, the state board will no longer distribute cuts in state aid on an across-the-board basis whenever lawmakers fail to fully fund public education. Instead, the state board must hold a hearing and determine which districts can least afford pro-rated funding, based on a district’s needs and resources. All 100% of general state aid was paid this school year, but it fell below 95 % in every year since 2012. This settlement does not deal with whether the amounts that the legislature considers full funding are, in fact, adequate to meet student needs.

In March 2010, two individual taxpayers initiated a new equity litigation, claiming that Illinois’ education finance system violates the state constitution’s equal protection clause. Carr v. Koch. The complaint alleged, among other things, that residents of property poor K-8 school districts pay a property tax rate that is 23% higher than that paid by similarly situated taxpayers in a property-rich K-8 districts, but that per-pupil spending in the property-poor districts is 28% lower than in the property-rich districts.

The remedy that the plaintiffs sought was a declaratory judgment holding that the present education finance system is unconstitutional. What changes would result from a plaintiff victory here is unclear. Plaintiffs reportedly worked with a public interest advocacy group, Business and Professional People for the Public Interest (BPI), in preparing the case, and by some accounts their aim was to ensure that more resources flow to students in underfunded school districts. The fact that two taxpayers and no students or parents were plaintiffs in the case may, however, meant that any relief that may have resulted from this case would have inured solely to the benefit of taxpayers in property-poor districts and not to the students.

Both the trial court and the 4th District Appellate Court dismissed the suit, claiming the plaintiffs did not allege an injury traceable to the state. On November 29, 2012, the Illinois Supreme Court affirmed the appellate court’s dismissal of the action.

Board of Education of the City of Chicago v. Rauner

In a complaint filed in February 2017 in the state circuit court, Cook County, the Chicago Board of Education (“CPS”)and five individual parents charged Illinois Governor Bruce Rauner, the Illinois State Board of Education and other state defendants with operating a racially discriminatory state education funding system. The suit claimed that in 2016, the State spent 74 cents to educate Chicago’s children for every dollar the State spent to educate the predominantly white children outside Chicago and that Chicago received just 15% of the state’s education funding, despite having nearly 20% of the students. Chicago’s student body is composed approximately 90% of students of color, compared to schools in the rest of the state that are 58% white.

A few months later, the complaint was dismissed by Judge Franklin Valderrama, who held that the relief requested by  CPS “would inject widespread chaos into the entirety of the State’s public education system.” CPS then filed another complaint, this time framing the case to emphasize that the state’s pension funding rules forced Chicago, but no other districts in the state, to divert funds from education to subsidize worker pensions. The State then filed a motion to dismiss this complaint, but before it was decided, the legislature passed an education funding reform package that provided substantial additional funding to Chicago. The parties then submitted a joint motion for voluntary dismissal, and the court dismissed the case without prejudice for CPS and/or other plaintiffs to refile the suit within a year.

In 2017, 17 Illinois school districts whose per capita funding is below the state average filed a new adequacy case and sought to distinguish their adequacy claim from the two prior State Supreme Court decisions that had held that the courts have no authority to review school funding decisions. They argued that since the time of the earlier rulings, the State had defined the standards of the “high quality” education called for in the state constitution and had required districts to meet those standards. They maintained that the State should select an appropriate evidence-based methodology to determine the cost to each district of achieving the Illinois Learning Standards or making reasonable progress in doing so, and that the State should then pay such additional annual cost.

These claims were rejected by the trial court in 2018, and in May 2020, the 5th District Appellate Court upheld the dismissal of the suit by a 2 to 1 margin. The court’s decision held that although the state adopted new learning standards and a new funding system since the Supreme Court dismissed two earlier adequacy cases, the underlying logic remains the same:

While we agree that some of the reasoning in Edgar focused on the lack of measurability of ‘quality,’ the ultimate holding in Edgar was broadly stated, concluding that the determination of whether the [s]tate was fulfilling its duty of providing for a quality education was outside the judicial function. 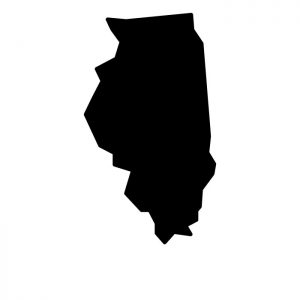 In the past, the Illinois Supreme Court has repeatedly rejected attempts by plaintiff groups to enforce the adequacy provision in ...
Read More

The Illinois State Board of Education calculates schools should receive $7.2 billion statewide, based on a new funding formula passed ...
Read More