In 2002, a coalition of 160 Iowa school districts and individual plaintiffs brought suit in state district court, alleging that the current finance system violates the Iowa constitution’s education clause because it creates significant disparities in educational resources and does not provide sufficient resources for many districts to be able to offer an adequate education to their students.

Plaintiffs challenged a 1998 infrastructure funding statute, which they describe as shortchanging school districts in “non-retail-rich” counties and preventing them from generating sufficient funds to provide safe, healthy learning environments. Plaintiffs’ Petition to the court also explained how aging and declining infrastructure impacts student attendance and teacher retention, prevents installation of new technology, and causes overcrowding and cancellation of numerous school days due to excessive heat.

In 2004, after legislative changes to the funding statues, plaintiffs and the state reached a settlement. The suit was withdrawn without prejudice.

A district court judge in Iowa recently dismissed a case brought by former and current students of the Davenport Community School District who alleged that the state’s funding formula creates inequities in school funding across the state. Woods et al. v. State. In Iowa, the state sets a funding level for all school districts — $6,591 per pupil in fiscal year 2017 — but districts that were spending more per student when the formula was created still are authorized to spend at those higher levels. Plaintiffs argue that many neighboring districts spend $175 per pupil more than Davenport is permitted to spend, and if their student expenditures were at this higher level, the district would have expended $863,000 more last year. They also note that 171 other districts would receive similar increases if they were all brought up to the expenditure level of the highest spending districts.

The Court dismissed the equal protection claim, finding that the state had a rational aim of promoting equity, providing property tax relief and controlling costs by adopting this formula. It found that at the time the current formula was adopted in the 1970s,  the disparity between the highest and lowest spending districts in the state was 25%, and today that disparity is 2.65%.

Plaintiffs’ adequacy claim was rejected both because the complaint did not allege that “the amount is inadequate to provide an education to its students,” and because “whether there is a fundamental right to education remains an open question in Iowa,” citing King v. State, 818 NW 2d1, 26 (2012).

Plaintiffs did not appeal this decision.

In late April, 2012 in a lengthy 163- page decision, the Iowa Supreme Court dismissed plaintiffs’ claim that the state had a constitutional responsibility to establish educational standards and to establish and maintain an adequate educational delivery system. King v. State of Iowa. Iowa is the only state in the union that has declined to adopt mandatory state standards.

The Supreme Court denied the equal protection and due process claims on the grounds that local control and other legislative policies constituted a rational basis for the present system. In the majority’s view, plaintiffs’ allegations amounted to a “hodge-podge of statistics” that did not involve any claims of a deprivation of a fundamental right to any particular students. Chief Justice Cody wrote a separate concurring opinion in which he noted that there was no allegation in the complaint that students lack a basic understanding of mathematics, science, economics, government or computer-based technology. “The ‘fighting issue’ in the case, if the fundamental interest issue had been properly raised, would be ‘the meaning of a minimally sufficient education.’”

Focusing on the vague language in the constitution’s education clause, the court noted that unlike clauses in other state constitutions that guarantee an adequate, thorough or efficient education, the Iowa provision does not even mandate the existence of a public school system, and that unlike most of the education clause cases in other states, this case did not directly raise any issues of educational funding. 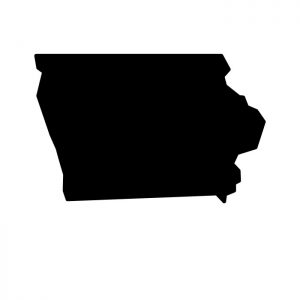 A district court judge in Iowa recently dismissed a case brought by former and current students of the Davenport Community ...
Read More