In 1983, Maryland’s highest court rejected an “equity” challenge to the state’s education finance system, in Hornbeck v. Somerset County Board of Education, 458 A.2d 758, holding that the state constitution did not mandate equality in per-pupil spending among the state’s school districts. However, the court also held that the education clause of the Maryland constitution embodies a right to “an adequate education measured by contemporary educational standards.”

In 1994, the ACLU and Baltimore City initiated suits against the state, alleging that the city’s students were not receiving an adequate education. In a 1996 summary judgment decision, in the consolidated Bradford v. Maryland State Board of Education case, the trial court agreed, but the cause of the inadequacies was in dispute. On the eve of trial, the parties entered into a settlement that provided a modest increase in state funding for the Baltimore City Public Schools in return for changes in school governance.

Plaintiffs returned to court in 2000, and the circuit court declared that the state “is still not providing the children of Baltimore City…a constitutionally adequate education,” has failed to comply with the 1996 Consent Decree, and needs to provide “additional funding of approximately $2,000 to $2,600 per pupil” in 2001 and 2002. The state did not comply with that order; but it did establish a commission (the “Thorton Commission”) to study and make recommendations on school funding.

In April 2002, Maryland enacted a new finance system, based on the Thornton Commission’s recommendations (see below), including sending more state funding to high-need districts, and to be phased in over six years. After this major reform was passed, the Bradford plaintiffs asked the circuit court to retain jurisdiction, pending implementation. The court agreed.

The latest decision in the Bradford v. Maryland State Board of Education case came June 9, 2005, when the Court of Appeals (the state’s highest court) ruled on an earlier state circuit court order that the legislature should appropriate extra funds to the Baltimore City School District to help manage budget shortfalls. Though the Court of Appeals reversed circuit court Judge Joseph Kaplan’s determination that the Education Fiscal Accountability and Oversight Act, which requires school districts to eliminate deficits or face cuts in state aid, was unconstitutional, its primary finding was that other aspects of the order were not final, and thus not subject to appeal. These aspects of the circuit court opinion included the determination that Baltimore City students were being deprived of their right to a thorough and efficient education, as well as precatory language urging the State to increase funding. As a result of the Court of Appeals’ decision, both sides in the case claimed partial victory; the State heralded the confirmation of the Act’s constitutionality while the ACLU and Baltimore City underlined that the case was still alive in the circuit court.

Over the years, Baltimore City schools had received over $2 billion in increased state funding from the Bradford consent decree and subsequent “Thornton” education funding formula. However, since the recession in 2008, Maryland stopped adjusting the Thornton formula for inflation, leading to millions in lost funds for districts like Baltimore City. In 2016, the legislature created a Commission on Innovation and Excellence, known as the “Kirwan Commission” to explore two questions: Should the state revise the 2002 funding formula that distributes school aid? And what major new education policies should the state enact to put Maryland public schools on a par with the best in the world? Issuance of the Commission’s report, has been delayed and is now expected to be released until the end of 2019.

In March 2019, the Bradford plaintiffs filed a petition that asks the Circuit Court for Baltimore Country to revive the 25 year old law suit, order the state to provide $290 in immediate funding increases and develop a comprehensive plan to ensure that all Baltimore City students receive a “thorough and efficient education.” Plaintiffs’ petition claims that each time the state delays, Baltimore City children who have the highest “at risk” index in the state suffer the consequences. The petition also emphasizes the fact that at least 85 percent of the city’s school buildings have been rated “very poor” or “poor” and that the system reached a breaking point last winter when the entire system was closed down for a week because its ancient heating systems failed.  The school system estimates that it would cost $3 billion to bring their buildings up to minimally acceptable standards through repairs and building replacements and $5 billion to complete a full portfolio replacement to meet modern educational standards.

In January 2020, Baltimore City Circuit Court Judge Aubrey J.S. Carrion denied the state’s motion to dismiss Bradford. Although the case had been dormant for 15 years, Carrion held that the Court still retained jurisdiction via the terms of the original consent judgment. 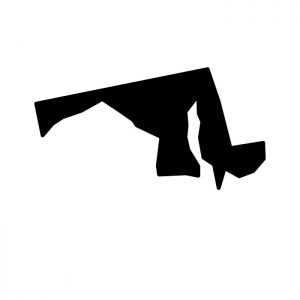 Rejecting the Defendants’ claims that plaintiffs should be barred from proceeding with an adequacy case first filed in 1994, Baltimore ...
Read More

Demonstrating the importance to plaintiffs of having a court retain jurisdiction of an adequacy case to ensure full compliance with ...
Read More

Since 1994, Bradford v. Maryland State Board of Education, a case that claims students in Baltimore City’s public schools are ...
Read More