The trial, in Hoke County v. State, 95 CVS 1158, held that performance “at or above grade level” is the minimum performance standard defining a “sound basic education.” North Carolina’s State Board of Education had developed learning standards based on the skills that students will need in order to be informed citizens and to be gainfully employed in contemporary society. The defendant State had argued that performance one level below grade level in elementary and middle school and passing an eighth-grade level examination in high school should be adequate to demonstrate that students were receiving a sound basic education.The court also required funding for pre-kindergarten for all ‘at-risk’ four-year-olds. The Court ordered this remedy because it found that a lack of pre-kindergarten services rendered many of these students unprepared to enter public school.

The North Carolina Supreme Court, on July 30, 2004, agreed with the trial court in large part. It upheld the trial court’s ruling on the sound basic education standards  and found that the State is ultimately responsible “to meet the needs of ‘at-risk’ students” and that the State must provide services to such children “prior to their enrolling in the public schools.” Nevertheless, the court held that the trial court’s order mandating pre-kindergarten classes for all ‘at-risk’ prospective enrollees was not supported by a sufficient record. The type of services that four year old “at risk” children should receive, the court found, rested with the expertise of the legislative and executive branches.

In the aftermath of the economic downturn, the 2009-2010 budget included significant cuts to programs important to compliance with the court’s requirements that the state provide every child with a competent teacher, a competent principal and adequate resources. In particular, it reduced funding for ‘at-risk’ student services by twelve percent in the next two fiscal years and curtailed pre-kindergarten services for ‘at-risk’ children. On May 10, 2011, plaintiffs in Hoke filed a request for a hearing on the state’s reduction of pre-kindergarten services for ‘at-risk’ children.

On July 18, 2011, Wake County Superior Court Judge Howard Manning held that the state of North Carolina cannot enforce the portion of the 2011 Budget Bill that limits admission of ‘at-risk’ four-year-olds to the state’s prekindergarten program. Subsequently, Democratic Governor Beverly Perdue issued Executive Order 100 directing the Department of Health and Human Services to work with North Carolina’s education agencies to comply with the court.  Additionally, an appeals court held that the state must admit any eligible ‘at-risk’ child who applies to its pre-kindergarten program – not just in Hoke County but statewide. In 2013, the North Carolina Supreme Court ruled that the issue was moot since the legislature had substantially amended the statutes the lower courts had found unconstitutional.

Since Hoke, however, the state has abandoned many other remedial commitments to providing an adequate education to students. In response to subsequent complaints by the Hoke plaintiffs, the Superior Court ordered the submission of “a definite plan of action” from the State demonstrating how they intended to correct educational deficiencies.  When the State submitted a plan to respond to the Court’s order, plaintiffs countered that the plan lacked clearly defined actions, timetables for implementation, measurable objectives, an assessment of required resources and a mechanism to obtain those resources.

Signaling a new era in a long-running public school lawsuit, attorneys for the two sides in  July 2017  jointly requested that the court appoint an independent consultant. At about the same time, Governor Roy Cooper signed an executive order creating the Governor’s Commission on Access to Sound Basic Education. Cooper said: “it is far past time for the State to implement comprehensive, inter-disciplinary measures that allocate the resources necessary to ensure that the promise of a sound basic education for children in this State is realized.” Commission members will be appointed by the governor.

In March, 2018, Superior Court Judge David Lee, who has succeeded Judge Manning in presiding over the case, denied a motion of the State Board of Education to be dismissed from the case. Hoke Co. decision of March 31, 2018. The Court firmly rejected the Board’s claim that legislative actions since 2002 had rendered the case moot, holding that at no time have the state’s actions “demonstrated even remote compliance” with the requirements of the Supreme Court’s ruling in Leandro.

In December 2019, West Ed released a 300 page report describing how the North Carolina state legislature had dramatically cut back on education funding since the 1990s, a time when the state was posting large achievement gains and led the country in reducing the minority-White achievement gap. During this same period, the number of children in the state with extraordinary needs rose by 88 percent, and the report concluded that North Carolina had made little progress in providing each child with the opportunity to receive a “sound basic education” as delineated in Hoke and Leandro.

In January 2020, North Carolina Superior Court Judge David Lee adopted the major recommendations from the West Ed report and issued a Consent Order to the State Defendants. The State Defendants are required to submit a progress report within 60 days detailing how they will begin to immediately implement the recommendations outlined in the consent order. They must also provide a timetable for submission of mid-range actions and comprehensive, remedial, long range actions necessary for full compliance and a cost estimate of the additional resources needed for compliance. The Consent Order requires the state to revise its teacher and principal training, pay, and professional development systems, develop an adequate finance system that meets the needs of all North Carolina students, and implement assessment and accountability systems consistent with the Leandro standard. The estimated cost for full compliance with all outstanding court orders is $8 billion over eight years.

Superior Court Judge David Lee signed a consent order on September 1, 2020 calling for $427 million in additional education spending to help the state meet its constitutional obligation to provide all children with the opportunity to obtain a sound basic education.

This plan provides for less spending in the first year of the 8-year, $8 billion plan that to which the parties agreed last January. Because of the COVID-19 pandemic’s effects on students, schools, and communities — as well as its economic impact on the state — the parties in the Leandro case shifted their immediate priorities. They agreed that if the state could not fund the items in 2021 due to revenue loss, the items should be funded in a following year of an eventual eight-year plan.

Finding that an “opportunity scholarship” program enacted by the legislature in 2013 would reduce funding for public education by about $12 million, a civil superior court judge in Wake County, North Carolina issued a preliminary injunction enjoining the state from implementing the scholarship legislation. Hart v. State of North Carolina. Under the challenged program, up to 2,400 students would be eligible for scholarships of up to $4,200 to attend private schools. The private schools receiving these scholarship funds are not required to be accredited, to employ credentialed teachers, to fulfill any curriculum requirements or to demonstrate any level of student achievement. Plaintiffs argued that the program consequently violated Article IX, sec. 6 of the State Constitution.

In July 2015, the North Carolina Supreme Court reversed the trial court’s decision. It interpreted the language of Art. IX, sec. 6 to mean that public funds may be spent on educational initiatives outside of the uniform system of public education. Hart v. State.

Silver et al vs. The Halifax County Board of Commissioners

Unlike most counties in the state that encompass only a single school district, Halifax County, which contains about 6,000 students, is split up into three districts: Halifax County Public Schools, Weldon City Schools, and Roanoke Rapids Graded School District. Students in the county and Weldon districts are overwhelmingly African-American and from poverty backgrounds, while the Roanoke district is predominantly white. Attorneys for the parent plaintiffs have alleged that the method the county uses to distribute sales tax revenues has resulted in the Roanoke Rapids schools receiving about $4.5 million and Weldon schools $2.5 million in added local revenue between 2006 and 2014, while the county district received no country revenues at all.  In addition, property owners in the Weldon and Roanoke Rapids school districts pay a supplemental property tax that generates more than $1 million a year for each district, but the county district is not allowed to do the same.

The state Court of Appeals ruled 2-1 in September 2017  that the Leandro case established that state officials have the constitutional obligation to provide the opportunity for a sound basic education and that, therefore, the Halifax County parents should take their complaints to the governor and legislators rather than county officials. The dissenting judge said counties can be sued since the legislature assigned them responsibility for funding buildings and supplies.

On December 21, 2018, the North Carolina Supreme Court affirmed the decision of the Court of Appeals. 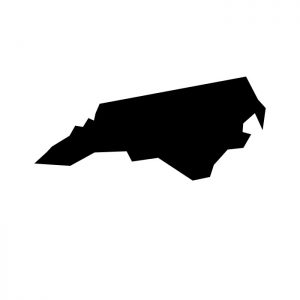 Adopting the major recommendations of the 300 page report from West Ed, an independent consultant that had been appointed by ...
Read More

NC-Legislature’s School Funding Task Force Is No Force; Not up to Task (Commentary)

The North Carolina Supreme court heard arguments last week about whether county officials should share the blame with the state ...
Read More