In 1994, in the school funding “equity” case, Bismarck Public School District No. 1 v. State, 511 N.W.2d 247, three of the five members of the North Dakota Supreme Court found that the state’s education finance system violated the equal protection provisions of the State Constitution. However, because the state constitution requires a “super majority” vote of the state supreme court (at least four justices) to invalidate any statutory scheme, the court did not declare the system unconstitutional.

The Bismarck majority affirmed the holding in State v. Rivinius that the right to education is fundamental in North Dakota, but applied an “intermediate level of scrutiny” test. The court also found that the “constitutionally mandated goal of an equal educational opportunity,” recognized in Lapp v. Reeder Public School District, was not being achieved by the state’s education finance system because the system had a “widely disparate effect.”

Although the majority’s equal protection (equity) analysis did not garner support from four justices, the Chief Justice in his dissent, warned that “it seems inevitable” that the aspects of the funding system causing major disparities would eventually lead to the “conclusion that the scheme is unconstitutional.” Both dissents also pointed out that plaintiffs had not alleged an inadequate education or the failure to provide a “basic level of education.” Those claims were later raised in the Williston case discussed below.

The Williston plaintiffs also joined trends in school funding lawsuits when they 1) cited the ambitious goals of the 2001 reauthorization of the Elementary and Secondary Education Act, known as the “No Child Left Behind” Act (NCLB), and 2) cited the state costing-out study to add weight to their argument that “the State is severely under-funding education.”

In early 2006, the Williston plaintiffs agreed to stay the suit in exchange for the governor’s commitment to 1) increase funding by $60 million in the next biennium and 2) create a commission that will advise the legislature on how to make the state’s funding system adequate and equitable in accordance with the state’s constitution. The suit was stayed until the end of the 2007 legislative session.

On May 3, 2007, a new funding formula was signed into law, and plaintiffs dropped their suit. The new formula was proposed by the governor’s commission, which worked for a year to make education funding more equitable. Once the new formula went into effect, the commission’s focus shifted to defining adequacy, according to The Bismarck Tribune. 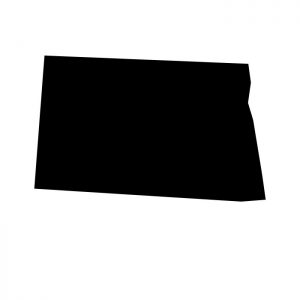