In 1994, after the trial of an “equity” case, “Bezdicheck v. State,” CIV 91-209, brought by school districts against the state, a South Dakota Circuit Court declared the state’s education finance system constitutional, despite acknowledged funding disparities. The court held that the state constitution requires school districts to provide an “adequate education” but does not require equal per-pupil spending, as plaintiffs had argued. Plaintiffs did not appeal.

On June 22, 2006, a coalition of 59 South Dakota school districts, and students and parents in those districts, filed a lawsuit against the state, claiming that the state’s education finance system fails to provide sufficient resources for the state’s students to obtain “an education that will equip them to function in society as responsible citizens who can find productive employment,” as required by the South Dakota Constitution.

Plaintiffs in South Dakota Coalition of Schools v. State argued that a “free, adequate and quality education” is a fundamental right under the state constitution. Plaintiffs also contended that the present education finance system bears “no relationship to the actual costs of providing an adequate education” or to the state’s own “academic achievement and performance standards” and that it must do so in order to be constitutionally sound. A cost study commissioned by the coalition reported that the state’s schools are under-funded by $133 to $400 million.

In September 2007, the case’s name changed to Davis v. State of South Dakota..The trial in Davis v. State of South Dakota began in September  2008. In April 2009, Circuit Court Judge ruled in an extensive 312 page decision that the resources, curriculum, and facilities currently provided to students are constitutionally sufficient; she issued a judgment in favor of defendants on all counts.

Only a week or so before the trial, Circuit Judge Wilbur had ruled that the school district plaintiffs were precluded from contributing money to cover legal fees in the case. In July 2009, the South Dakota Supreme Court ruled that school districts have standing to bring a constitutional challenge against the state’s system for funding public education and that they may expend public moneys to pay attorney’s fees and other expenses in regard to such litigation. This unanimous decision in Olson v. Guindon reversed the contrary holding of the trial court.

In April 2009, after a lengthy trial, Circuit Court Judge Wilbur found that the South Dakota constitution entitles students to a “thorough and efficient” education that “provides the opportunity to prepare students for life after school in today’s modern society or to prepare students to be responsible and intelligent citizens and to be competitive in areas beyond secondary education.” Nevertheless, she ruled in an extensive 312 page decision that the resources, curriculum, and facilities currently provided to students are constitutionally sufficient; she issued a judgment in favor of defendants on all counts. Her decision was upheld by the South Dakota Supreme Court in Davis v. State of South Dakota, 804 N.W.2d 618 ( S.D. 2011). The Supreme Court held that plaintiffs had not met their high burden of demonstrating beyond a reasonable doubt that the current system was unconstitutional. 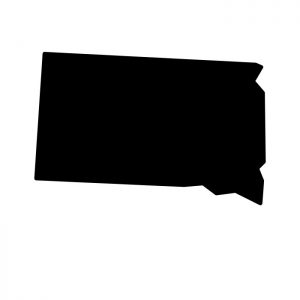 Although it articulated a strong definition of students’ rights to a “general and uniform education” as guaranteed by Article VIII ...
Read More