In 1978, the Supreme Court of Washington found the state’s school finance system unconstitutional in Seattle School District No. 1 v. State, 585 P.2d 71.  Emphasizing the specific language of the state constitution that considers education the “paramount duty” of the state, the court concluded that “the constitution has created a ‘duty’ that is supreme, preeminent or dominant.” Specifically, the court determined that the state had a duty to provide an adequate education that prepared children to be “citizens and . . . potential competitors in today’s market as well as in the marketplace of ideas.” To accomplish this goal, the court required the state to provide “sufficient funds” from “dependable and regular tax sources.”

The decision represented a remarkable change of view for the state supreme court. Only four years earlier, the same court had found the state’s public school funding system constitutional in Northshore School District v. Kinnear, 550 P.2d 178. Seattle I thus marked a new era of education reform in the state.

The Seattle I case also coincided with major legislative reform. In 1977, the legislature passed the Basic Education Act (“BEA”). Under this act, the state assumed responsibility for fully funding basic education and substantially increased existing funding.

In Seattle II, a trial court found this legislation insufficient to finance the state’s school system. The court also broadened the definition of “basic education” to include special education, bilingual, and remedial programs. The state did not appeal the decision and the legislature revised the BEA to include these programs.

By a 6-3 margin, the Washington Supreme Court held in  September  2015 that state funds designated for “common schools” may not be used to support charter schools.

According to the court, charter schools do not qualify as “common schools” eligible for state funding under Article IX §§ 1-3 of the state constitution. The primary rationale for this reading of the state constitution rested on charter schools’ lack of political accountability. Perhaps the most important feature of “common schools,” according to the court, is voter control. Voters, through their chosen agents, have the power to select qualified teachers – and the power to discharge them if they are incompetent. In contrast, charter schools are run by an appointed board or nonprofit organization and are not directly accountable to voters. Accordingly, the court declared the charter school act unconstitutional and void.

In January 2012, the Washington Supreme Court held that the state had not complied with its duty to “make ample provision for the education of all children in Washington.”  The case,  McCleary v. State, was brought by a coalition of parents, advocacy organizations and school districts who alleged that the state’s funding system failed to adequately fund the Basic Education Program.

The court stated that that state’s constitutional obligations with respect to education, which were not being met at the time, could be understood to mean that:

The state must “amply provide for the education of all Washington children as the [s]tate’s first and highest priority before any other [s]tate programs or operations”;

The obligation to “amply provide” meant “considerably more than adequate”;

The state must provide for “each and every child” in Washington, without exception; and

A constitutionally adequate education must provide children with “the basic knowledge and skills needed to compete in today’s economy and meaningfully participate in [the] state’s democracy.”

It held that the amount of state funding must “correlate to the actual cost of meeting [the state’s] basic education program.” In reaching this decision, the court emphasized that funding for a basic education must be accomplished by means of “dependable and regular tax sources.”  According to the court, local property taxes should be utilized solely for “enrichment” activities that go beyond the basic education mandate.

In contrast to the Seattle decision in 1978, the court’s remedy imposed ongoing and stringent requirements on the parties. This time, the court did not merely spell out constitutional requirements, assuming that the legislature would meet its responsibilities. Instead, the court retained jurisdiction in order to monitor compliance and ensure that the state adhered to its own stated timelines for adopting reforms. The Court’s remedial order accepted the “sweeping” reform plan the legislature had adopted in recent statutes, based on the cost analysis and program reforms recommended by a legislative task force, and it also accepted the legislature’s commitment to phase in the programmatic reforms and substantial cost increases they would require over a 6-year period.

For the next two years, the state attempted to achieve compliance. In September 2012, the state issued its first compliance report to the court, conceding that progress had been slow. After reviewing the report, in December 2012 the court ordered the state to develop a more concrete plan.

In June 2013, the state legislature moved toward partial compliance by appropriating $50 million to expand kindergarten services during the 2013-2014 school year. This appropriation doubled the number of kindergarteners in state-funded, full-day classes from 22% to 44%. The appropriation, however, was not sufficient to achieve universal kindergarten.

In 2013, and 2014, although the state continued to expand funding for education, the state continued to fall short of meeting the court’s mandates. In response, and in an extremely rare move for any court, the Washington Supreme Court ruled unanimously that the state was in contempt of court. When the state still failed to devise an acceptable plan for funding education, the Court imposed sanctions in 2015. Sanctions included a “remedial assessment” of $100,000 per day on the State until the State developed an acceptable compliance plan.

In May 2016, the legislature submitted its annual report to the Court. The report acknowledged the need to fully fund salaries for teachers and other school employees. It also recognized that leaving local property tax levies to fill in these salary gaps created inequities.  The legislature set forth deadlines for reforming these issues during the 2017 legislative session. The court deemed this action insufficient, however, in a decision issued in October 2016. Accordingly, having determined that its contempt finding and monetary sanction “at least spurred the legislature to take action in the 2016 session, committing itself to complete its task by the end of the 2017 session,”  the Court kept the monetary sanctions in place, established a briefing schedule for determining  shortly after the end of the 2017 legislative session whether compliance will have been achieved, and stated that upon reviewing the parties’ submissions at that time, it will determine what, if any, additional actions to take.

In June 2017, Governor Jay Inslee signed into law a state budget that included a $7.3 billion increase over four years for education. The goal of the funding increase was to align state education funding with constitutional requirements. However, the state supreme court held in November 2017 that the new legislation would commit the state to full funding for teacher salaries as of the 2019-2020 school year, but not as of Sept. 1, 2018, as the Court had ordered. The court decided to continue imposing sanctions on the state for failing to comply with the court’s order. It set a strict timetable for further submissions after the close of the 2018 legislative session and indicated that “upon reviewing the parties’ submissions, the court will determine what, if any additional actions” it would take before the September 2018 deadline.

After the state did enact measures designed to fully implement the new salary allocation model by the 2018-19 school year during its 2018 session, the Court held in June 2018 that the state had now met all of its obligations under the Court’s 2012 decision, and it terminated its jurisdiction of the case. The approximately $105 million in contempt penalties that had accumulated over the past few years were set aside in a special fund to support basic education. 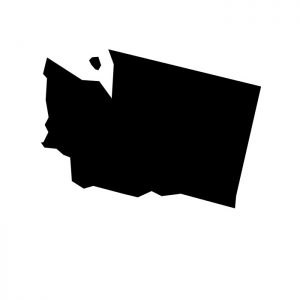 Tacoma Schools in One of ‘Most Difficult Positions’ in State, Lawmakers Say

In a short, unanimous decision, the Washington Supreme Court held last month that the State had met all of the ...
Read More

Washington's supreme court Thursday put an end to more than a decade of legal wrangling over how much the state should spend ...
Read More

State Files Final Compliance Report in Washington Adequacy Case; Plaintiffs Assert That the Court’s Work May Not Yet Be Done

Stating that the legislature had committed $969 million to fully fund higher education salaries for 2018-2019, as ordered by the ...
Read More

WA-Lawmakers to Court: We Did What you Ordered on School Reforms