Several parents in West Virginia brought suit in 1975, arguing that their children were receiving an inadequate education in violation of the state constitution’s education and equal protection clauses. In 1979, the Supreme Court of Appeals of West Virginia, in Pauley v. Kelly, 255 S.E.2d 859, held that education was a fundamental right and remanded the case for trial. The court also defined the constitutional standard for education as one that “develops, as best the state of education expertise allows, the minds, bodies and social morality of its charges to prepare them for useful and happy occupations, recreation and citizenship, and does so economically.”

In 1982, the trial court found the school finance system unconstitutional and, with the help of the state superintendent of schools, developed a 356 page master plan for reform. Delays in implementation of the plan led plaintiffs back to court where they obtained a ruling from the Supreme Court that the state has “a specific duty to implement and enforce the policies and standards of the Master Plan.” Pauley v. Bailey, 324 S.E.2d 128, 135 (1984). Although the legislature subsequently adopted a number of reforms, the main equity reforms and educational innovations promised by the Pauley decision were not implemented, primarily because of resistance to increased funding.

In 1995, plaintiffs returned to court and, a year later, the trial court in Tomblin v. Gainer, found that the state had ignored many of the reforms the court had ordered. The court held that the state still did not provide a “thorough and efficient” system of education. In 1998, the legislature established a state office to perform school reviews and, under a 2000 court order, the state must evaluate and report on individual schools’ specific needs, including personnel, curriculum, and facilities.

In January 2003, the trial court denied plaintiffs’ remaining motion for an order to change specific aspects of the state’s funding calculations. In this decision, Tomblin v. State Board of Education, the court declared the system enacted in 1998 constitutional and ended its jurisdiction. In December 2003, the trial court denied plaintiffs’ motion to set aside, vacate, or amend the January ruling. 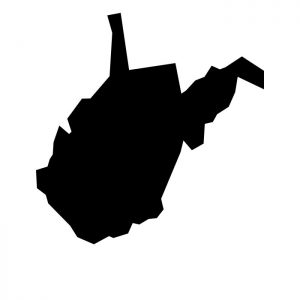