More than two decades ago, a Georgia trial court had found the state’s system of financing public education unconstitutional, but the state supreme court upheld the system in McDaniel v. Thomas, 285 S.E. 2d 156 (Ga. 1981). The trial court found that “The inequalities in the school finance system deny students in property poor districts equal educational opportunities.” The supreme court agreed that the trial court’s factual findings were “unassailable.” However, it ruled in this “equity” suit on the equal protection claim that the system “does bear some rational relationship to legitimate state purposes and is therefore not violative of state equal protection.”

In September of 2004, the Consortium for Adequate School Funding in Georgia (CASFG), a coalition of 51 of Georgia’s 180 school districts, filed an “adequacy” lawsuit, claiming that the state’s school funding system violates the education provision of the state constitution. The trial court denied the state’s motion to dismiss, and the Georgia Supreme Court refused to hear the state’s appeal.

A pre-trial hearing was held in the case in 2006. As an Atlanta Journal-Constitution editorial reported, attorneys for the state argued that the responsibility for educating children and the responsibility for funding that education lies with local school boards, and that the state cannot be held responsible for what they described as local governments’ refusal to increase local taxes.

Attorneys for the plaintiffs argued that relying on local taxes for education funding is unfair and inequitable, and that the Georgia Constitution holds the state responsible for providing its residents with an adequate education.

The Consortium for Adequate School Funding issued recommendations for a settlement with the state on October 10, 2006, according to the Athens Banner-Herald. The governor’s office, however, cautioned that a settlement is “not imminent.”

On September 16, 2008, The Consortium for Adequate School Funding withdraw its lawsuit in the Fulton County Superior Court, stating that it will take other actions, including the filing of a new lawsuit in another court in Georgia. The withdrawal came soon after it was announced that the case was being transferred from Judge Elizabeth Long to Judge Craig L. Schwall. 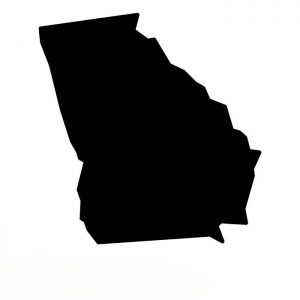 Georgia lawmakers reached a critical milestone during the 2018 legislative session: They ended 16 years of shortchanging the state’s formula ...
Read More

Cuts in state aid to public school have totaled $8.4 billion in recent years according to 2014 Schoolhouse Squeeze, a ...
Read More