In 1992, parents and school districts filed complaints alleging that the state was not providing “a minimum foundation of education to all children in the public schools of the state, as required by the Louisiana Constitution” and pointing to a “plethora of deficiencies” in buildings, textbooks, quality of teachers, curriculum, student achievement, and other areas to support their claims. In 1998, in the consolidated action Charlet v. Legislature of the State of Louisiana, 713 So.2d 1199, the Louisiana Court of Appeal, First Circuit, granted defendants’ motion for summary judgment, and the state supreme court denied plaintiffs’ writ for review. The Appeal Court emphasized the constitution’s use of the term “minimum” in concluding that the state was meeting its constitutional obligations.

The State of Louisiana, in its defense of the funding system in the Charlet suit, provided the affidavit of a nationally known education finance consultant who had been retained by the state to study its school funding system. The consultant had recommended formula changes designed to eliminate some of the spending disparities among the state’s school districts by distributing relatively less state money to the high-wealth districts and relatively more to the low-wealth districts. The appellate court concluded that this revised formula, which became law in 1992, had realized its goal of reducing disparities.

Plaintiff parents and school boards again filed suit alleging violation of the Louisiana Constitution, in Jones v. State Board of Elementary and Secondary Education (BESE), 927 So.2d 426 (La. App. 1 Cir. Nov. 4, 2005). Plaintiffs claimed that the state’s failure to include the cost of facilities in its formula “ignores the Constitution’s mandate that the formula be used to determine the cost of a minimum program of education” and stated that their school facilities “are inadequate, deteriorating, and unsafe.” Defendants moved for summary judgment, a motion which the trial court, affirmed by the appeals court, granted.

In May 2013 the Louisiana Supreme Court held that a wide-ranging school voucher program that the legislature had enacted was unconstitutional because “once funds are dedicated to the state’s Minimum Foundation Program for public education, the constitution prohibits those funds from being expended on the tuition costs of nonpublic schools and nonpublic entities.” Louisiana Federation of Teachers v. State of Louisiana, 118 So. 3d 1033 ( LA 2013).

The St. John the Baptist Parish School Board, the Louisiana Association of Educators and many union locals then brought a new suit that argues that based on the Supreme Court’s ruling in the Louisiana Federation of Teachers case, the school funding formulas approved  for 2010-2012 should be voided and school districts should be paid under a prior formula that included an annual funding increase to account for inflation. That change would result in $200 million more in school funding if all 69 school boards in the state are included.

In July 2015, District Judge Janice Clark held that the state owed the state’s school districts $137 million because of its failure to fully fund the state’s minimum foundation program in 2013-2014. Judge Clark accepted the plaintiffs’ view that under the procedure outlined by the Supreme Court for formula passage, financing plans approved in several prior years should be voided and school districts should be paid under an older formula that included an annual 2.75 percent funding increase to account for inflation.  In 2016, the Louisiana Supreme Court vacated the  district court’s opinion, and holding that the complaint presented a “nonjusticiable controversy,” dismissed the action.

By a 5-2 margin, the Louisiana Supreme Court in March 2018,  upheld state funding for 35 charter schools established by the state Board of Elementary and Secondary Education after local school boards had refused to authorize them. The high court reversed a decision by the Louisiana First Circuit Court of Appeal that had determined that the funding was “unconstitutional because the schools did not meet the legal definition of public schools.”

The key issue in the case was the interpretation of La. Const. Art. VIII, § 13(B), which requires the legislature to “fully fund the current cost to the state” of a “minimum foundation program of education [MFP] in all public elementary and secondary schools[,]” and that the “funds appropriated shall be equitably allocated to parish and city school systems[.]”The plaintiffs argued that MFP funds cannot be diverted to the state-authorized charter schools because this constitutional provision restricts MFP funds to “parish and city school systems,” and the parish and city school systems had not authorized the establishment of these schools. Defendants countered that the constitutional provision requires the state to fund these charter schools because they are “public schools.”

The Court first stated that under its prior precedents, if a legislative instrument is susceptible to two constructions, one of which would render it unconstitutional, the court will adopt the interpretation of the legislative instrument which will maintain its constitutionality. Applying that rationale, the Court emphasized the constitutional intent to fund all public schools and held that “While there is no definition of public elementary and secondary schools in the Constitution, our Legislature has expressed that charter schools are independent public schools. “ The Court stated that the plaintiffs had “failed to carry their burden of proving clearly and convincingly” that allocating traditional school aid dollars to the schools was illegal. The court further held that local tax money used to fund schools was also part of the MFP formula and, therefore, may also be allocated to charter schools to support the education of charter school students who reside in the local school district.

Justice Hughes, dissenting, said that “Sending money directly to individual schools may seem desirable, but the Constitution requires that funds from the MFP formula are to be allocated to school systems, not individual schools . . . Shortcuts around the Constitution, even for what may seem laudable or politically expedient, are inimical to democracy and are not cool.” he wrote. 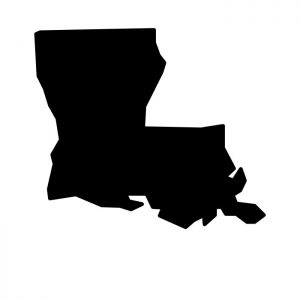 By a 5-2 margin, the Louisiana Supreme Court last month upheld state funding for 35 charter schools established by the ...
Read More