The Supreme Judicial Court of Massachusetts was called upon to decide its first education finance case in 1819 in Commonwealth v. Dedham, 16 Mass. 141. The court held that schools must “be maintained for the benefit of the whole town, as it is the wise policy of the law to give all the inhabitants equal privileges, for the education of their children in the public schools. Nor is it in the power of the majority to deprive the minority of this privilege.”

In the Massachusetts education finance case, McDuffy v. Secretary (1993), Massachusetts students claimed that their own less affluent school districts were unable to provide them with an “adequate” education. Based on an analysis of the Massachusetts Constitution’s “Encouragement of Literature” clause, the Supreme Judicial Court concluded that the Commonwealth has an obligation to educate all of its children and held that children in less affluent communities “are not receiving their constitutional entitlement of education as intended and mandated by the framers of the Constitution.” Moreover, the court adopted the guidelines set forth by the Supreme Court of Kentucky in Rose v. Council for Better Education to define the standard of education that the Commonwealth must provide.

At about the same time that the court issued its McDuffy decision, the legislature passed and the governor signed the Education Reform Act (ERA) of 1993, which established a “foundation budget” for each school district to be phased in over seven years.

The Massachusetts legislature fully implemented the 7 year foundation budget plan and virtually eliminated previous funding inequities among school districts in the state. Shortly, thereafter, plaintiffs returned to court, seeking additional funding, especially for certain high need districts whose students still had substantial unmet needs. After a lengthy hearing, in Hancock vs. Commissioner of Education, Superior Court Judge Margot Botsford held that Massachusetts was not meeting its constitutional obligation to provide children in low-wealth school districts with an education that equips them for citizenship and post-high school training.

In her decision, the judge acknowledged Massachusetts’ dramatic progress in school funding equity and student achievement since enactment of the Education Reform Act in 1993. Unfortunately, the judge noted, many schools educating low-income students continued to experience funding inadequacies, and recent cuts in state support further reduced their ability to provide educational opportunity.

The court also found that preschool is the “only realistic chance” for at-risk children and emphasized the importance of quality teaching, professional development for all teachers of students with disabilities, and adequate facilities. She recommended that the state undertake a proper cost study to determine the extent of these needs.

On February 15, 2005, the High Court rejected Judge Botsford’s recommendations and ruled in favor of the defendants. Although the 5-2 ruling reaffirmed McDuffy, and found that “the process of education reform can and must be improved,” it stated that this was “not a case where the Legislature reasonably could be said to have neglected or avoided a constitutional command.”

In the plurality opinion, Chief Justice Margaret H. Marshall refused to issue an order requiring the state to finish its incomplete education reforms. The opinion detailed the myriad reforms undertaken by the legislative and executive branches of the state government, as well as the improvements on all measures of student and school achievement witnessed across the state in the decade since the ERA was passed.

In spite of the state’s progress, the Chief Justice praised Judge Botsford’s “amply supported findings” of which “reflect much that remains to be corrected before all children in our Commonwealth are educated” and “stand as a compelling, instructive account of the current state of public education in Massachusetts.” The Chief Justice recommended that the legislature “rely on these findings as it continues to consider efforts to improve public education” and concluded that “[n]o one reading the judge’s decision can be left with any doubt that the question is not ‘if’ more money is needed, but how much.”

In 2002, plaintiffs filed a class-action case, Student v. Driscoll , in federal court, challenging the use of the Massachusetts Comprehensive Assessment System (MCAS) tests as high school exit exams. After the federal court concluded that the issues should be heard in state court, plaintiffs filed the case there in June 2003. The state court upheld the high-stakes MCAS requirements.

In June, 2019, 13 parents filed a complaint in Suffolk County Superior Court on behalf of their children, along with two advocacy groups, arguing  that state education officials are failing to meet their constitutional requirement to provide all Massachusetts students with an adequate education. Mussotte v. Peyser.  The 99-page complaint claims that inadequate funding has left schools in poor neighborhoods unable to appropriately educate their students.

In 1993, the Massachusetts Supreme Judicial Court had held in McDuffy v. Secretary that the Massachusetts Constitution imposes a mandate on the state to provide adequate funding to educate all Massachusetts children, and in 2005, the Court held that in Hancock v. Commissioner of Education that, although some children were still not receiving adequate funding for their education, the legislature’s funding infusions and allocation reforms had  placed the system on a “steady trajectory of progress.”

The parents who filed the current suit. representing  children in the Chelsea, Chicopee, Fall River, Haverhill, Lowell, Orange, and Springfield school districts, together with the Chelsea Collaborative and the local NAACP, claim that the state is no longer on a “steady trajectory of progress.” They assert that:

Instead, public schools are increasingly unable to provide sufficient resources to meet ever-increasing educational challenges. Wealthier districts with relatively few disadvantaged students are educating their children by providing funding from local resources far in excess of the foundation budgets established by the [state’s education finance system].  By contrast, low-income communities which have a higher-than-average proportion of students of color, English language learners,  students with disabilities, and low-income students do not have the resources to educate their students, even though they are all receiving and spending at least 100% of the ….foundation budget.

The complaint relies on a 2015 report of an official Foundation Budget Review Commission that found that the state’s foundation aid formula underfunds the actual cost of education by $1 billion a year by not accurately accounting for expenses for services needed by low income students, students with disabilities, and English language learners and for employee health insurance.

According to the complaint, after diverting much of their foundation budgets to these underfunded services, the poor districts do not have enough remaining to cover basic costs such as staffing, books, technology, and building maintenance and repair. As a result, schools in poor districts must contend with unsafe buildings, inexperienced teachers, outdated material, overcrowded classrooms, lack of specialists like guidance counselors and the elimination of AP classes, music, art, and sports. Some teachers rely on online fundraising platforms to buy basic classroom supplies.

Plaintiffs alleged violations of the state constitution’s education adequacy clause, as well as violations of equal protection of the laws based on income, race and national origin. They claimed that while Massachusetts is ranked first in the nation for education, the state also ranks 31st in educational equality by race.

In January of 2020, the Plaintiffs agreed to drop the lawsuit in response to Governor Baker’s education funding legislation, the Student Opportunity Act (“SOA”, which was signed into law November 26th, 2020. The Act provides roughly $1.4 billion more in funding than under the previous system. The SOA creates a unique foundation budget for each district specifying the minimum level of education spending required to adequately educate the district’s students. The costs are shared between municipalities and the state. First, the state calculates how much a municipality must contribute, largely based on local income and property tax wealth. Next, the state determines the difference between the “required local contribution” and the foundation budget. State aid is then allocated to make up that difference. 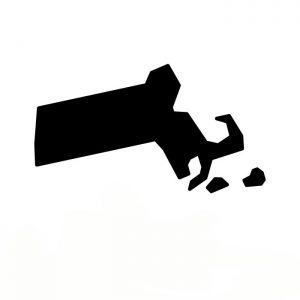 A lawsuit filed in June by 13 parents on behalf of their children, along with two advocacy groups, argues that ...
Read More

The Cheatham County Commission convened Monday to consider the 2018-2019 fiscal year budget, but not everything is set in stone, ...
Read More