In 1985, a coalition of school districts and parents filed a lawsuit claiming the State of Montana deprived students of equal educational opportunity under the state education article. In 1989, the Supreme Court of Montana declared, in Helena Elementary School District No. 1 v. State, 769 P.2d 684 (1989), that the state’s education finance system was unconstitutional.

The Montana Constitution’s strong education clause provides that “It is the goal of the people to establish a system of education which will develop the full educational potential of each person. Equality of educational opportunity is guaranteed to each person of the state.” It also provides that “the state recognizes the distinct and unique cultural heritage of the American Indians and is committed in its educational goals to the preservation of their cultural integrity.”

The supreme court in Helena said, “We specifically affirm . . . that the spending disparities among the State’s school districts translate into a denial of equality of educational opportunity.” The Montana legislature responded in 1989 by adopting a foundation program with higher payments from the state to local districts and, in 1993, overhauled the formula, this time benefiting smaller districts.

In September 2002, a group of plaintiffs, backed by the Montana Quality Education Coalition (MQEC), filed suit in Columbia Falls Public Schools v. State , seeking adequate and cost-based school funding. Plaintiff school districts and individuals, who are representative of districts across the state, alleged that declining state funding for K-12 schools has caused schools to: cut programs and staff; face a crisis in their ability to attract and retain teachers; and fail to comply with the state’s minimum accreditation, performance, and content standards.

After a trial in early 2004, the state district court held that:

the current funding system fails to provide adequate funding for Montana ‘s public schools; the State has shown “no commitment in its educational goals to preservation of American Indian cultural identity;” and the State does not pay its “share of the cost of the basic elementary and secondary school system.”

On appeal, the Montana Supreme Court affirmed the trial court ruling and released its decision in time for the legislature’s 2005 session.

After wrestling with the school funding issue in its regular session and studying it further, the legislature, in a special December 2005 session called by the governor, increased funding 9 to 10 percent.

Responding to an impasse between the executive and legislative branches that has denied school districts $ 8 million in guaranteed inflationary cost increases over the next biennium, the Montana Quality Education Coalition filed a suit in November, 2011 to compel the state to “take specific steps” to provide the state’s schools with the “ mandated inflationary adjustments that are required by law.”

Apparently both the Republican-controlled legislature and the Democratic governor, Brian Schweitzer, intended to provide the full inflationary adjustment, but the governor vetoed a bill which would have required transferring certain tourism money to the state general fund to cover the full inflationary increase. In vetoing the bill, Gov. Schweitzer said the tourism money shouldn’t be diverted when the state treasury had adequate money; he also said that he intended to shore up the school funding with a supplemental appropriation he would present to the legislature next year.

On April 3, 2012, the plaintiffs and the state entered into a consent decree to settle the suit Montana Quality Education Coalition v. The State of Montana. Under the terms of the decree, which has now been submitted by both parties for acceptance by the court, the districts will receive the full statutory increase, and the court will retain jurisdiction to oversee the implementation of the decree. The proposed order also specifically provides that “Economic hardship or a change in financial circumstances of the State shall not serve as a basis for modification of this Consent Decree.” 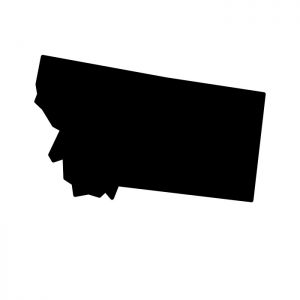 MT-Special Education Struggles to Find Funding in the Legislature

Responding to a constitutional mandate from the State Supreme Court, the Montana state legislature in 2005 established a school funding ...
Read More