In 1987, in Fair School Finance Council of Oklahoma v. State, 746 P.2d 1135 (1987), the Supreme Court of Oklahoma rejected an equal protection challenge to the state education finance system. The Court ruled that equal expenditures per child are not necessary to meet equal protection requirements.

In 1989, the Governor called a special session of the legislature in response to the landmark school finance decision in Kentucky. The legislature increased the state sales and income taxes to pay for the resulting plan, which reduced class size and raised teacher salaries.

On May 8, 2007, in Oklahoma Education Association v. State the Oklahoma Supreme Court affirmed a trial court opinion that plaintiffs’ adequacy challenge presented a non-justiciable political question. The court concluded that “Questions of fiscal and educational policy are vested in the Legislature, and its wisdom in these areas is not within the scope of this Court’s review.”

Plaintiffs’ arguments relied on the Oklahoma Supreme Court’s words in Fair School Finance Council v. State, in which the Court rejected a claim for school funding equity but said that students still have a right to a “basic adequate education.”

This situation arose from the state education department’s failure to apply a statutory 11% limit on the assessment of commercial and agricultural personal property in calculating state aid. The state tax commission apparently did not supply the education department with the data needed to make the proper calculations until 2014. In December 2014, the then superintendent of schools acknowledged the error, and the state distributed a special appropriation of $16.3 million to correct the distribution error for the 2015 fiscal year. The payments did not, however, go back and make up for improper distributions in prior years, and that is the relief that the petitioners are now seeking. Oklahoma City, the state’s largest school district, claims that it was unlawfully denied about $40 million that it, in joining with the other 47 school districts who also claim to have been short-changed, is now seeking to cover.

Accusing the state legislative leaders of “ignoring their constitutional responsibility to provide textbooks for every child by eliminating funding for instructional materials,” the Oklahoma City Board of Education voted unanimously in August, 2017 to pursue legal action against the state legislature. Oklahoma City Public Schools were compelled to cut $30 million from their budget in 2016-2017 because of cut backs in textbook funding and other unfunded legislative mandates. Board members said that they expect other districts to join with them in this suit.

Plaintiffs hope to distinguish the precedent of the 2007 Oklahoma Education Association case  by arguing that the advent of standards-based reforms provides the court with judicially manageable standards and justifies re-considering the justiciability issue. In addition, they note that there has been significant turnover on the state supreme court since 2007.

Two school districts in Oklahoma, Tulsa and Oklahoma City, are seeking to prevent a lawsuit from allocating more state dollars to charter schools. Early in 2017, the Oklahoma Public Charter School Association filed suit arguing that the state denied students equal educational opportunity by funding charter schools at a lower rate than public schools. At the end of October 2017, the charter school group and the state Board of Education came close to reaching a settlement. The majority of the state’s charter schools are located in these districts, so a settlement would have a major impact on these school districts’ already-strapped budgets. The school districts currently estimate that under the proposed settlement they stand to lose between $1 million and $1.5 million in the first year alone.

Before the parties could finalize an agreement, the Tulsa and Oklahoma City districts moved to intervene and requested an emergency stay or restraining order to prevent settlement. In November 2017,  an Oklahoma County judge granted the districts’ motion to intervene.

On March 25, 2021, the Oklahoma State board of Education voted 4-3 to settle the lawsuit. The decision was made against the strong objection of the State Superintendent Joy Hofmeister, who noted that “based on legal advice, this violates Oklahoma statute, Oklahoma Constitution and the oath that I swore to uphold when I took office.” The Board quickly reversed itself however, voting unanimously on May 24, 2021 to rescind the settlement on the condition of the passage of Senate Bill 229, the Redbud School Funding Act. The bill will provide $38.5 million in medical marijuana tax dollars to public school districts who receive below-average local funding. The bill includes all “brick-and-mortar” charter schools but excludes virtual charter schools. The bill passed through both houses of the Oklahoma legislature and was approved by the Governor on May 28th, 2021. 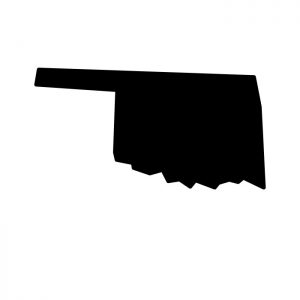 Five months after teachers walked out of their classrooms in protest of education funding, several political leaders from around the ...
Read More

AZ,CO,OK-After Teacher Strikes, Voters Will Get a Say on Education Funding