In 1976 in Olsen v. State, 554 P.2d 139, an “equity” case, the Oregon Supreme Court acknowledged these disparities and the causal link to reduced educational opportunity for students in lower wealth, lower spending districts. The court concluded that the school finance system was not necessarily “desirable” but, nonetheless, was not violating either the equal protection or education clauses of the Oregon Constitution. The court found that the constitution sets a minimal standard, whereby the state is in compliance “if the state requires and provides for a minimum of educational opportunities . . . and permits the districts to exercise local control over what they desire, and can furnish, over the minimum.”

Using the initiative and referendum process, voters passed Measure 5 in November 1991. This constitutional amendment greatly limited local property taxes and required the state to “replace from the State’s general fund any revenue lost by the public school system because of the limitations.” In recent years, the state has provided about 75% of school funding, which is close to 50% of the state’s general fund budget. As primary responsibility for school funding shifted from local property taxes to the state, the legislature dramatically improved per-pupil spending equity among school districts.

The state also adopted rigorous content standards in the 1990s and has attempted to align curriculum and assessments with those standards. However, school funding has not kept pace with inflation, and some would argue it has not provided the resources needed to enable students to meet the new, higher standards. Therefore, the adequacy of education funding is an open issue – one that the state is analyzing through costing-out models.

Between 1994 and 2000, plaintiffs in two cases challenged the constitutionality of the new funding system, and especially the manner in which the transition from a system based largely on local funding to a system based largely on state funding affected students in certain geographical locations. The state Court of Appeals found no constitutional violation, in Withers v. State, 891 P.2d 675 (1995) and Withers v. State, 987 P.2d 1247 (1999) (Withers II), and the Oregon Supreme Court denied plaintiffs’ petitions for review.

On March 21, 2006, six school districts and three parents, on behalf of their school-age children, filed a school funding case against the State of Oregon and legislative leaders. Based on the state constitution’s requirements to provide “a uniform and general system of common schools” and to appropriate funding “sufficient to ensure that the state’s system of K-12 public education meets quality goals established by law,” plaintiffs are asking the court to declare the current finance system unconstitutional and order the state to create and fund a constitutional system.

In the Pendleton School District v. State complaint, plaintiffs point, inter alia, to the Quality Education Model (QEM) created by the state’s Quality Education Commission. The legislature established the Commission to determine – using the QEM – the specific qualitative changes and funding required for Oregon’s schools to be able to attain the education goals set by the legislature in 1991. Plaintiffs allege that the state has fallen far short of reaching the funding levels required by the model. Plaintiffs also recount some of the social and economic costs of the state’s funding shortfalls and inadequate education, such as damaging cuts in programs and teaching staff, as well as lost revenues and increased prison costs.

In a decision issued on January 23, 2009,the Oregon Supreme Court declared that the legislature had failed to fund the public school system at the constitutionally-required level, but nevertheless refused to issue an injunction requiring them to do so, because of the seemingly contradictory language of Art. VIII, sec 8 of the state constitution (added by referendum in 2000) which provides in relevant part that:

The Legislative Assembly shall appropriate in each biennium a sum of money sufficient to ensure that the state’s system of public education meets the quality goals established by law, and publish a report that either demonstrates the appropriation is sufficient, or identifies the reasons for the insufficiency, its extent, and its impact on the ability of the state’s system of public education to meet those goals.

The Court held that each provision of this inconsistent constitutional clause should be read separately and enforced separately: i.e. the legislature is obligated to appropriate the amount of money that is necessary to meet the quality educational goals, but if it doesn’t meet this obligation, it should issue a report that admits to the under funding and explains to the public why it did not meet its obligation and what impact the under funding will have on the state’s public education system. 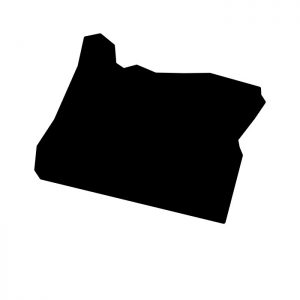 While the fiscal climate has prompted lawmakers in many states to either cut education funds or maintain record-low levels, Governor ...
Read More