The Pennsylvania Supreme Court has consistently found that challenges to the state’s public school funding system are non-justiciable. In the 1970s and 1990s, plaintiffs in three separate lawsuits claimed that the state’s then-current education finance system violated the state constitution. In Danson v. Casey, 399 A.2d 360 (1979), the state supreme court held that plaintiffs failed to state a justiciable cause of action, and in 1998, Commonwealth Court held that two additional challenges to the funding system were also non-justiciable: in Marrero v. Commonwealth, 709 A.2d 956 , the court dismissed an “adequacy” claim, and in Pennsylvania Association of Rural and Small Schools v. Ridge, 737 A.2d 246, the state supreme court affirmed Commonwealth Court’s dismissal of plaintiffs’ “equity” claim.

In a major victory for teachers’ unions in this ongoing era of massive education budget gaps, on January 22, 2015, the Commonwealth Court of Pennsylvania unanimously decided that the School District of Pennsylvania and its School Reform Commission (SRC) could not unilaterally cancel its teachers’ contract, even if such action would save the district tens of millions of dollars in a single academic year.

Since 2001, the school district has been in “financial distress” as determined by the state’s Secretary of Education and has been operating under the direction of the SRC, which was charged with assuming control of the operation and management of the district.  On October 6, 2014, in order to save an estimated $44 million dollars during the current school year, the SRC voted to cancel its expired, though still effective, teachers’ contract after failing to reach an agreement on new terms for the teachers’ collective bargaining agreement. By canceling the contract, the SRC had hoped to negotiate a new contract that would no longer require the district to pay 100% of the monthly premiums for teachers’ and their families’ medical coverage, but would instead shift some of these costs to teachers through co-pays and deductibles.

The teachers’ union successfully petitioned for a temporary restraining order to block the SRC’s efforts to terminate the contract on October 16, 2014. The SRC appealed to the Commonwealth Court of Pennsylvania, citing the district’s ongoing budget shortfalls.  Despite the SRC’s failure to reach an agreement with the teachers’ union after 21 months of negotiation and over 120 formal bargaining sessions, the court found that the parties had not reached a “point of impasse” and, therefore, the SRC was not entitled under Pennsylvania law to make unilateral changes to the contract.  Nor was the SRC statutorily entitled to make such unilateral changes to the contract, the court reasoned.

Nevertheless, the court was not wholly unsympathetic to the financial plight of the school district.  The court acknowledged, for example, that “[t]here have been numerous difficult decisions that the SRC has been forced to make in an effort to overcome these economic hurdles, including a one-third reduction in staff and the closing of 31 schools in recent years.” The court further “recognize[d] that the SRC’s actions have been aimed at effecting needed economies in the District’s schools to provide the necessary education to its students.”  However, to the extent that the SRC desired the authority to plug its budgetary gaps by unilaterally terminating or modifying the teachers’ contracts, the court advised the district to take up this matter with the legislature.

In 2014, a coalition of six school districts, parents, an association of rural and small school districts, and the Pennsylvania state conference of the NAACP have filed suit against the state challenging its “irrational and inequitable” school funding scheme as unconstitutional. The complaint captioned William Penn School District v. Pennsylvania Department of Education, alleges that the state impermissibly discriminates against children in property-poor districts and denies these children both their constitutional right to an adequate education and their constitutional right to equal protection of the laws.

Mindful of similar lawsuits that were dismissed by the state supreme court in the late 1990s on separation of powers grounds, plaintiffs in this case explicitly tied the concept of an adequate education to state academic standards established by legislation and regulation. They alleged that the defendants are well aware that the current school-funding scheme does not provide all children in the state an equal opportunity to obtain a “thorough and efficient: education, as required by Art. III § 14 of the State Constitution.  In particular, in 2006 the legislature ordered the department of education to complete a costing-out study which found that 95% of districts in the state needed an additional $4.4 billion in funding to enable their students to meet the state academic standards.  Although in 2008 the legislature established funding targets to meet this goal and developed a new funding formula to address per-pupil funding disparities across districts, in 2011 state education funding was drastically cut by more  than $860 million, and, legislation was passed limiting the ability of communities to levy additional funds on their own behalves.

The complaint alleges that the state’s actions have created grossly inequitable and unconstitutional outcomes.  For example:

In a scathing 86-page decision that reversed the lower court’s decision and overruled those prior precedents,  the Pennsylvania Supreme Court held in September, 2017 that there are judicially manageable standards for determining whether the state’s funding system is currently providing students a “thorough and efficient education” and that plaintiffs should have an opportunity at trial to prove that current funding levels are inadequate (William Penn Sch. Dist. et al v. Pennsylvania Department of Education).  The Court’s 5-2 firmly rejected their predecessors’ holdings that challenges to the state’s education finance system were political questions that should be determined solely by the legislature with no judicial review. (For a discussion of these prior cases, see Historical Background.)

In reaching its conclusion, the court reviewed extensively the history of education finance litigation throughout the United States and relied strongly on the fact that the courts in most sister states had determined that these issues were capable of effective judicial review. The Court also noted that judicial abstention from considering these constitutional issues would mean “the obligation to support and maintain a ‘thorough and efficient system of public education’ will jostle on equal terms with non-constitutional considerations that the people deemed unworthy of embodying in their constitution.”

The case was remanded to the trial court for further proceedings to determine 1) what precisely the constitution’s “thorough and efficient” clause means; 2) whether the state’s current school funding system is adequate in accordance with that meaning; and 3) whether the current distribution of state funds results in widespread deprivations of resources in economically disadvantaged districts.

Following the Supreme Court’s ruling, the state’s legislative leaders filed motions asking the Commonwealth Court to again consider dismissing the complaint and to resolve certain preliminary legal objections that they had raised but which, they allege, were not covered by the Supreme Court’s decision.

Governor Tom Wolf, although he is one of the named defendants, refused to join in the motions filed by Joseph B. Scarnati, President pro tempore of the Pennsylvania Senate, and Michael C. Turzai, Speaker of the House; he and the state Department of Education requested that the Commonwealth Court “enter an order setting the deadline for answers to the Petition for Review so that the parties may swiftly undertake discovery and move this matter toward a resolution.”

Senator Scarnati argued that the funding laws that were in effect in 2014 when the case was filed were superseded by subsequent legislation and that, therefore, the case is now moot. The Speaker’s motion asks the Court to now decide certain legal issues such as whether there is an individual right to

In a decision issued on May 7, 2018, the Commonwealth Court rejected most of the legislative leaders’ arguments, but  permitted  the parties to submit further arguments on the question of whether the passage in 2016, after the complaint had been filed, of a new education finance statute (Act 35) mooted the plaintiff’s basic claims. Republican Senate Majority Leader Joseph Scarnati, Democratic Governor Tom Wolf and the plaintiffs submitted supplemental briefs addressing this point.

Scarnati argued that the plaintiffs’ challenge focused on the prior statute and that the plaintiff districts have received substantial additional funding under the new formula, which specifically takes into account district wealth, number of students in poverty, charter schools and other factors. Plaintiffs argued in response that Act 35 only applies to new money received by school districts but that base funding amounts that existed prior to 2016 are still provided to all school districts; in fact, less than 10% of state funding distributed since 2016 has been determined by the new Act 35 formula.

Gov. Wolf’s brief — also filed on behalf of the state education department and the other executive defendants — agreed with the plaintiffs’ position that the basic issue is whether students in the plaintiff low-income districts are receiving an adequate and equitable education and not the details of an isolated statutory enactment.

On August 21, 2018, Commonwealth Court Judge Robert Simpson ruled that the case is not moot and that it can now proceed to trial. In August, 2021, Judge Jubelirer denied the House Speaker’s motion to preclude the plaintiffs from presenting evidence of, “the disproportionate impact on racial and/or ethnic minorities, such as spending or achievement gaps,” because plaintiffs’ claims challenged the adequacy and the equity of the state’s education finance system, but had not alleged that it was racially discriminatory. She found persuasive decisions of other courts around the country, which had held that how children of color are doing is relevant to a claim about whether a system is working for all students. Moreover, the Court agreed that, “evidence about who lives in [Pennsylvania’s] low wealth school districts is relevant to the Petitioners’ claims,” as to how those children are doing. The judge did, however, grant the Speaker’s motion to preclude certain, “background evidence,” in some of the plaintiffs’ expert reports that included general statements like the fact that Pennsylvania’s schools are, “among the most deeply segregated,” in the nation.

The trial is now scheduled to begin on October 12. 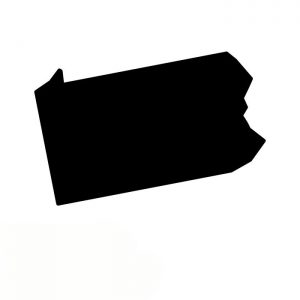 A 2014 lawsuit challenging the way the state of Pennsylvania funds its schools may head to trial in the summer ...
Read More

Almost a year ago, the Pennsylvania Supreme Court denied the state defendants’ motion to dismiss plaintiffs’ claims that the state’s ...
Read More

PA-Thousands March through Pittsburgh to Call for Public School Funding