In 1995, the Rhode Island Supreme Court held, in City of Pawtucket v. Sundlun, 662 A.2d 40, that Rhode Island’s statutory scheme for financing public education did “not violate either the education clause or the equal-protection provision of the State Constitution.” The court interpreted the education clause as providing the legislature with great discretion in this area and advised plaintiffs to seek a remedy “in that forum rather than in the courts.”

In February 2010, the school committees, superintendent of schools and a number of students and parents in the cities of Woonsocket and Pawtucket initiated a suit against Rhode Island’s governor and legislative leaders, Woonsocket School Committee v. Carcieri. Steve Robinson, the attorney for the plaintiffs in the present case, who also was also plaintiffs’ attorney in the earlier case, and Samuel D. Zurier constructed a meticulously documented petition which directly responds to the Supreme Court’s justiciability concerns. Specifically, the petition alleges that over the past 15 years, the state’s General Assembly and the state education department, have adopted detailed academic standards and have imposed numerous obligations on local school districts to provide meaningful educational opportunities for all students, but that they have failed to provide adequate or equitable funding to allow the districts to carry out these obligations. The petition also cites numerous state statutes and regulations, and legislatively-commissioned studies that provide concrete standards and mechanisms for remedying these inadequacies and inequities.

After the petition was filed, a new financing law was adopted by the Governor and Legislature; it takes effect in 2011-2012. The law establishes a per-pupil “core instruction amount” of $8,295, and would supplement aid for students who qualify for free or reduced lunch by a factor of 40%. The state calculated the base amount by averaging 2006-2007 education expenditures in Massachusetts, Connecticut and New Hampshire, as reported by the National Center for Education Statistics.

In March, 2011, plaintiffs in in the Woonsocket School Committee litigation filed an extensive second amended petition that essentially claims that the new formula is a charade, at least as far as low income and English language learners in the plaintiff school districts are concerned.

The plaintiffs’ 85 page second amended complaint sets forth in extensive detail the extent to which the education being provided in specific schools in the plaintiff school districts fails to provide the concrete services called for in the state’s Basic Education Program Regulations. It also documents a substantial shortfall between the adequacy recommendations issued in 2007 by a technical advisory group appointed by a joint legislative committee and the actual funding being provided this year and for the next six years under the formula adopted in 2010. Among other things, plaintiffs claim that over-all state funding under the new formula is 21% below the adequacy amounts determined in 2007 (and 29% and 31% in the two plaintiff districts), that no extra funding is provided for ELL students, that the foundation amount upon which the formula is based omits critical operational services like utilities, maintenance and transportation, and that virtually no funding is provided for transportation outside the foundation.

Perhaps the most glaring immediate problem with the new formula as described in the new pleading is that full funding of the low “adequacy” amount promised to the plaintiff districts in the 2010 formula will be phased in over seven years, meaning that by the state’s own definition, students will be denied the resources needed to meet the state’s own requirements until at least 2016-2017.

In July 2012, the state superior court granted the state’s motion to dismiss the complaint in Woonsocket Sch. Comm et al v. Chafee. The lower court extensively cited the state Supreme Court’s 1995 decision. Sundlun decision.  Based on Sundlun, the Court held that adequacy claims are not justiciable and that the Rhode Island Constitution grants the General Assembly exclusive responsibility over public education in the state. It further ruled that the constitutional amendments of 2004 did not undermine the strong separation of powers bent of the Rhode Island constitution, and cited an advisory opinion of the Supreme Court which it read to indicate that the 2004 changes would not affect the plenary powers of the General Assembly over education. Plaintiffs intend to appeal directly to the state supreme court and to ask the court for a definitive ruling on these issues.

In May 2014, the Rhode Island Supreme Court agreed that “the factual allegations in plaintiffs’ complaint make a strong case to suggest that the current funding system is not beneficial to students in Pawtucket and Woonsocket,” but it nevertheless upheld the trial court’s decision to dismiss the case. Woonsocket Sch. Comm v. Chafee. In its current decision, the court essentially held that nothing in the recent constitutional amendments and statutory and regulatory changes affected their basic holding that the drafters of the 1842 constitutional clause intended to vest unreviewable, plenary power in the legislative branch. Despite this strong holding, the court re-iterated an enigmatic statement from Sundlun that “This is not to say, however, that there could not be a situation in which the General Assembly violates its constitutional mandate to support and promote education so as to warrant a judicial response.”

A recent case in Michigan, Gary B. v. Snyder,  also sought the federal courts to rule on the right to education question left open in Rodriguez.  After initially securing a victory in April, 2020, from the U.S. Court of Appeals for the Sixth Circuit that identified a “fundamental right to a basic minimum education,” the case was reviewed “en banc” by the full complement of Sixth Circuit judges and vacated in May, 2020. The Rhode Island complaint, in addition to raising a broader array of constitutional claims, advances a more robust definition of preparation for citizenship that includes not only basic literacy but also substantial civic knowledge, civic skills, civic experiences and civic values.

But while this lawsuit must be dismissed, it is worth pausing, before explaining why, to acknowledge the importance of Plaintiffs’ effort here. This case does not represent a wild-eyed effort to expand the reach of substantive due process, but rather a cry for help from a generation of young people who are destined to inherit a country which we — the generation currently in charge — are not stewarding well. What these young people seem to recognize is that American democracy is in peril. Its survival, and their ability to reap the benefit of living in a country with robust freedoms and rights, a strong economy, and a moral center protected by the rule of law is something that citizens must cherish, protect, and constantly work for. We would do well to pay attention to their plea.

Judge Smith rejected the plaintiffs’ equal protection claim, writing that, although the U.S. Supreme Court “left the door open just a crack” for reconsideration of its 1973 decision in San Antonio Ind’t Sch. Dist. v. Rodriguez that education is not a right the U.S. Constitution,  he interpreted that “crack” to allow the courts to consider only a case that alleges that students are receiving no education  whatsoever or an education that is “totally inadequate.”  He also rejected plaintiffs’ “substantive due process” claim that a right to education for citizenship is “deeply rooted in the nation’s history and traditions” because “[p]recedent clearly dictates that, while education as a civic ideal is no doubt deeply rooted in our country’s history, there is no right to civics education in the Constitution.”

Judge Smith’s opinion squarely recognized the federal court’s authority to review the students’ claim on the merits, namely whether a constitutional right to civics education represented the “quantum of education” that might be necessary for students to be prepared for the “meaningful exercise” of their constitutional rights. While Judge Smith found, to his regret, that he was unable to connect the legal dots to support this claim, his opinion articulates what is at stake for our country and our Constitution, leaving the plaintiffs a road map to present their appeal to the First Circuit.

“Plaintiffs should be commended for bringing this case. It highlights a deep flaw in our national education priorities and policies. The Court cannot provide the remedy Plaintiffs seek, but in denying that relief, the Court adds its voice to Plaintiffs’ in calling attention to their plea. Hopefully, others who have the power to address this need will respond appropriately.”

Without a strong stance by the court, however, our policymakers and our school leaders —– those who “have the power to address these issues” —- will not be motivated or capable of addressing this issue appropriately. Judge Smith acknowledged that the U.S.  Supreme Court in Rodriguez left the door open “a crack” for reconsideration of aspects of that decision; we hope to convince the Court of Appeals that this open door does, in fact, permit the courts to rule on the critical issues raised by our case.

Plaintiffs filed a Notice of Motion to Appeal on November 10, 2020, and the case is currently under review in the U.S. Court of Appeals for the First Circuit. Oral arguments for the case will be heard in the fall of 2021.

For more information about this case, including copies of all of the litigation papers, see, Cookraimondo.info. 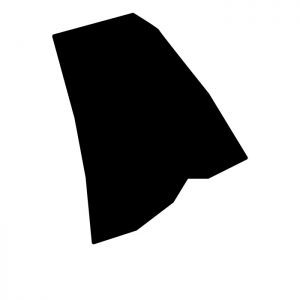 Derek W. Black, Law Professor at the University of South Carolina, recently published a piece on the new effort to ...
Read More

Although the Rhode Island Supreme Court agreed that “the factual allegations in plaintiffs’ complaint make a strong case to suggest ...
Read More

Relying substantially on a prior adequacy decision of the Rhode Island Supreme Court, the state superior court earlier this month ...
Read More